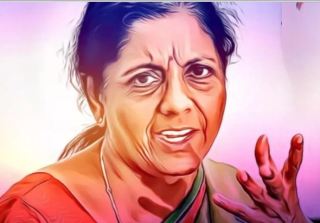 The budget of 2020, like its predecessors was high on rhetoric but devoid of any substance. The governmental denial of the economic crisis was clearly discernible, with the Finance Minister, Nirmala Sitaraman looking out of sync with the reality. It was a delusional budget, without any vision or mission!

END_OF_DOCUMENT_TOKEN_TO_BE_REPLACED

Of late there has been a distinct unease among the bourgeoisie academicians’ world over on the rise of what they call as “crony” capitalism. Somehow there is an illusion among them of capitalism that has been derailed of its moral, ethics and the great ideal of freedom & free trade, usurped by what has increasingly been called as crony capitalism. Bourgeoisie academician from right to Left have been lamenting about the loss that capitalism has suffered and the crisis the capitalism is suffering and as a solution they say if the “real” capitalism is restored all the ills facing the planet would magically be solved. It is just a matter of bringing back real capitalism and get rid of cronyism or corporatism. END_OF_DOCUMENT_TOKEN_TO_BE_REPLACED