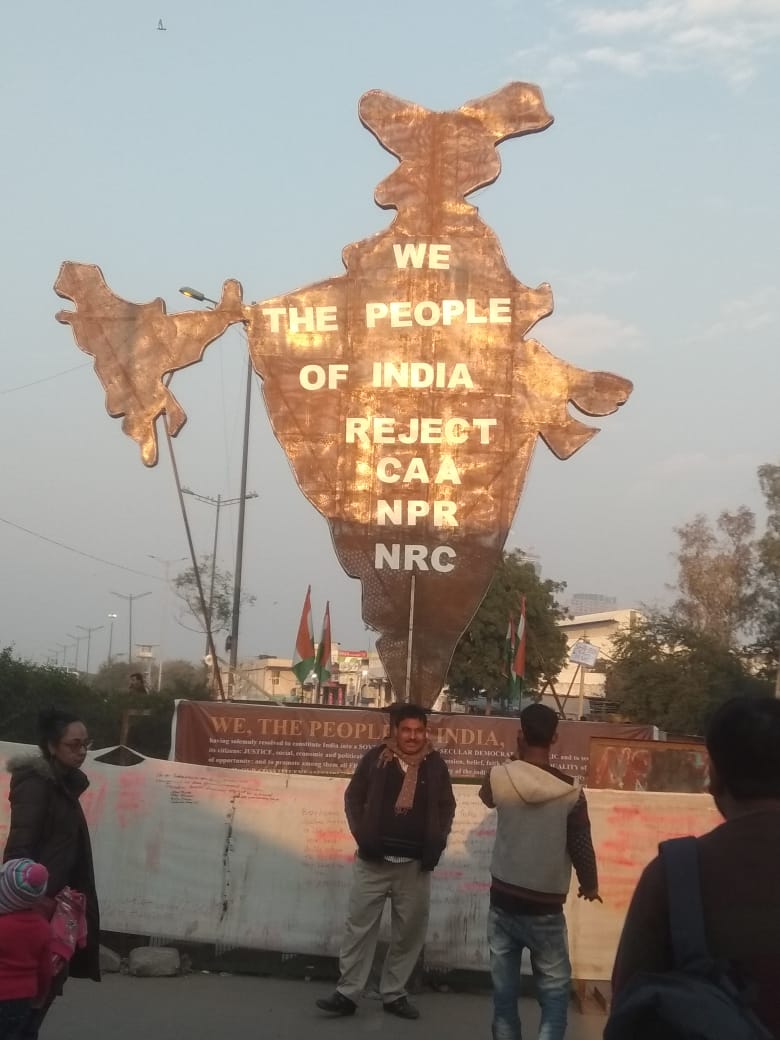 Uttar Pradesh CM Adityanath aka Ajay Singh Bisht is known for his anti minority rants as well as his support for a Hindutva brand of politics. 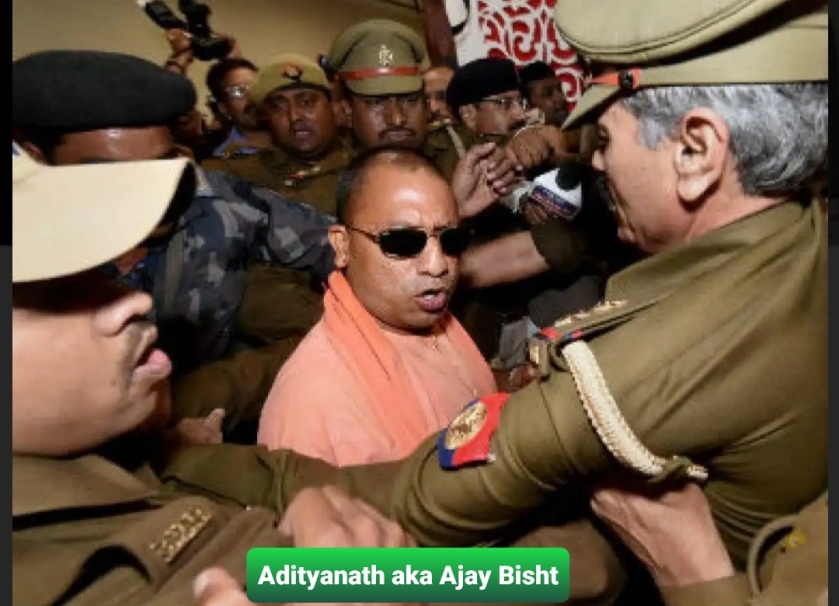 A five times member of Parliament, Bisht had series of criminal cases at various stages pending against him, (like rioting, attempt to murder, criminal intimidation, unlawful assembly, trespassing on burial places and endangering life or personal safety of others. Adityanth was also detained for 11 days in 2007 for inciting violence in Gorakhpur.) Before he started absolving himself.

Aditynath made a mockery of the natural justice process, which says, Nemo judex in causa sua, meaning “no-one is judge in his own cause.”

But for Bisht, these things never matter, for he has been able to mobilise a large group of lumpens, petty bourgeoisie as well as large section of big capitalwho have been reaping large profits from this province.

While Bisht has trained his guns against Muslims, Dalits and in support of cows, he seems to be oblivious towards large scale exploitation of working class happening in UP. Something that should not come as surprise to anyone. Fascism has always served the interest of bourgeoisie against that of working class.

His love for fanaticism and his militant, misogynistic and rhetoric towards minorities, particularly the Muslims, has been increasing, with passing of each day.

Since, the time he ascended on the chair of Chief Minister, the state has been a hotbed of communal tension and has witnessed steady rise of Islamophobia as well as dalit oppression.

Mob lynching and cow vigilantism saw the state of Uttar Pradesh earn tge dubious distinction of being most anti muslim state, where the right wing goons were seen attacking, killing and terrorising Muslims in name of protection of cow.

His regime has been brazenly brutal towards Muslims and any anti-government protests. In fact Bisht has an aversion towards all kinds of voice that does not confirms to his worldview.

As Scroll reports, “Over the next year, the attacks became physical: the Uttar Pradesh police gunned down nearly 50 people, mostly Muslim and Dalit, in “encounters” that investigations later suggested were nothing short of extrajudicial killings. The police also looked away as Hindu mobs lynched Muslim men accusing them of smuggling cows or eating beef. One of the accused boasted on hidden camera: “The police is on our side because of the government.”

He has targetted Muslims and Dalits in most fascistic manner, which has been condemned across the globe. 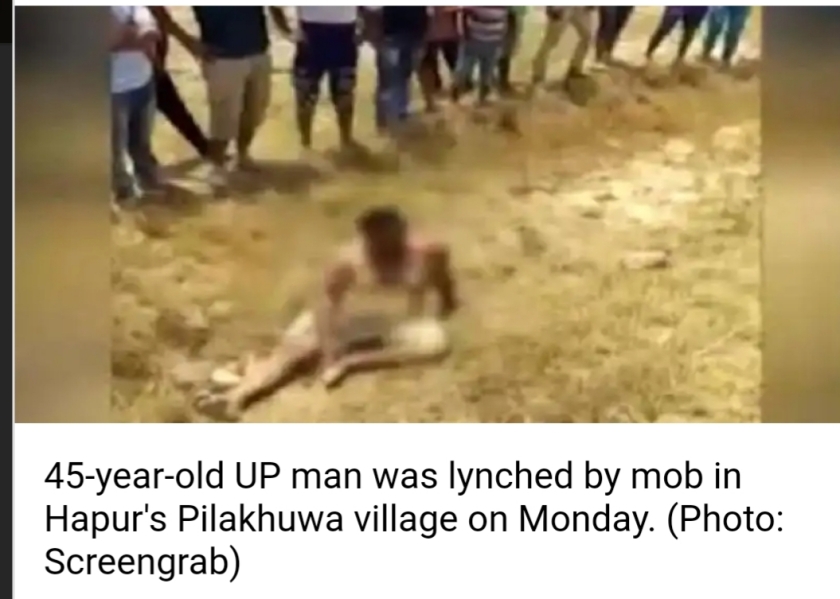 So, when in the anti NRC protest UP saw the most barbaric form of state retribution, it did not come as surprise. The person at the helm of government, has been the one, who has an open anti Muslim agenda, that he has no qualms in hiding.

During the anti NRC protest the police gunned down 19 people, all of them Muslims. Whereas no such report has come that suggests of any large scale voilence being perpetrated by the demonstrators.

As usual, Adityanath government has blamed Muslims for the ‘voilence‘. He said, as reported by BBC that “revenge” will be taken against those who destroyed public property. “Their property will be confiscated to make up for the loss of public assets”

Not surprisingly, to ‘avenge’ the voice of dissent and muzzle all protests, the UP police detained thousands, mostly Muslim men, across the state and internet services were suspended for days. Many prominent activists, including a former top policeman, have been detained, as reported by BBC

Further, the government has been sending notices for recovery of the properties that were vandalised during the anti CAA NRC protests.

The Supreme court judgement on initiating action for recovery has laid down clear procedures and the most important is that the suit for recovery shall be initiated against the leaders, and against perpetrators after all identification process has been initiated and identity is established beyond doubt.

But, what UP administration has done is opposite. It has identified and isolated Muslims of the area and has initiated proceedings against them.

In Nazi Germany all laws, when it came to Jews, were sidetracked and only the law of jungle was initiated. They were guilty even if proved innocent.

Today, in Uttar Pradesh Muslims are being identified, segregated, prosecuted and being hounded.

The administration has shed all pretentions of nutrality and has become an extended arm of the ruling party.

When such threats did not deter the people, Bisht came up with his last weapon. That of invoking sedition charges against those protesting.

He said; “I want to say that if in the name of protest, anyone raises slogans of Azadi, like in Kashmir, then it would be considered an act of treason, and the government will take very strict action”. 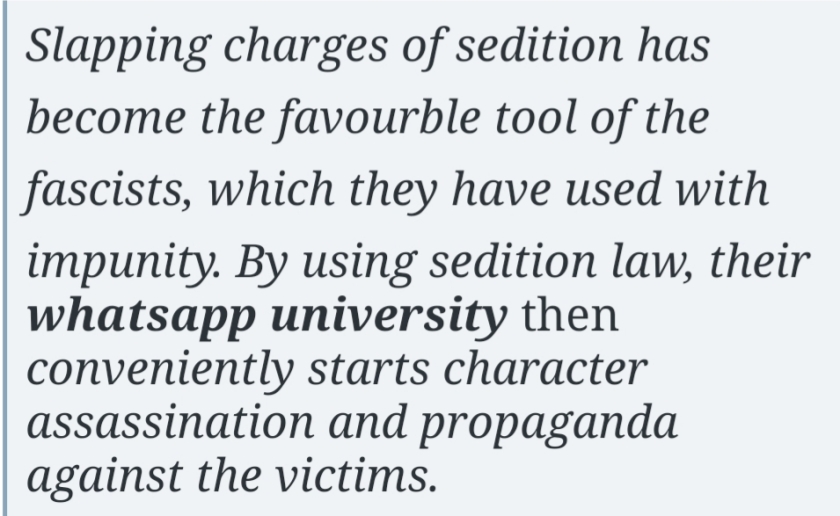 The muddle heads and the simple Simons, fall prey to these vicious propaganda.

Today, more than ever it has become an immediate task of all the progressive forces in the country to create counter narrative to these vicious propaganda of the Sangh.

The only answer to Bisht and his brazenly fascistic politics would be to intensify the anti CAA NRC protest and convert this protest into wider political protest and initiate a class struggle for fundamental revolutionary change.