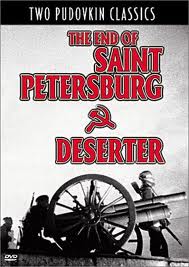 This 1927 Soviet classic commemorates the tenth anniversary of the 1917 Russian revolution, End of St. Petersburg was the second feature-length effort of director V. I. Pudovkin.

The film details the fall of St. Petersburg into the hands of the Bolsheviks during the revolution.